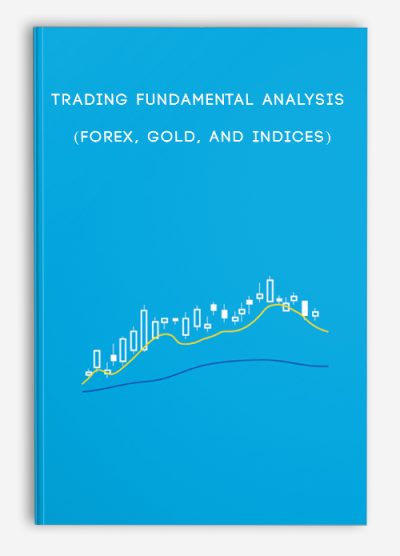 Get Trading Fundamental Analysis (Forex, Gold, and Indices) on tradingcoursezone.com

Requirements
No Trading experience needed. Everything has been explained from zero.

Description
Although many traders insist on using technical analysis for trading, the other group doesn’t like it and according to their belief, it is easier to concentrate on the trading using the news and economic factors. they believe that there is a piece of news behind every movement of the market. This way of trading is called fundamental analysis.

This way is sometimes used by technical analyst traders as well. some of them believe they should know About the economy of the countries they are trading the currency of. They are called techno fundamental traders,

Anyway, this course has been created for both of the groups I have mentioned. In the course, I have explained my own experience in financial markets, especially Forex, Indices, Gold, Oil and etc.

I have also had great discussions about the countries such as the United States, European Countries, Euro Zone, Japan, The UK, Canada, Australia, New Zealand, and Switzerland because their currencies are traded as Major currencies in the world, and many people like these items to trade. the countries’ profiles and importance in the economy of the world have been followed by important economic indicators that can move the currency.

At the end of the course, some of the indicators have been shown in the real market.

I hope you enjoy the course and do not forget that you are not alone in the way of learning. You can ask your questions and send me your practice and I promise to answer as soon as possible.

Want to learn about Forex?

Keep calm and wish for world peace. Please use coupon PEACE2022 to get 20% extra discount for all available products.

Keep calm and wish for world peace. Please use coupon PEACE2022 to get 20% extra discount for all available products. Dismiss